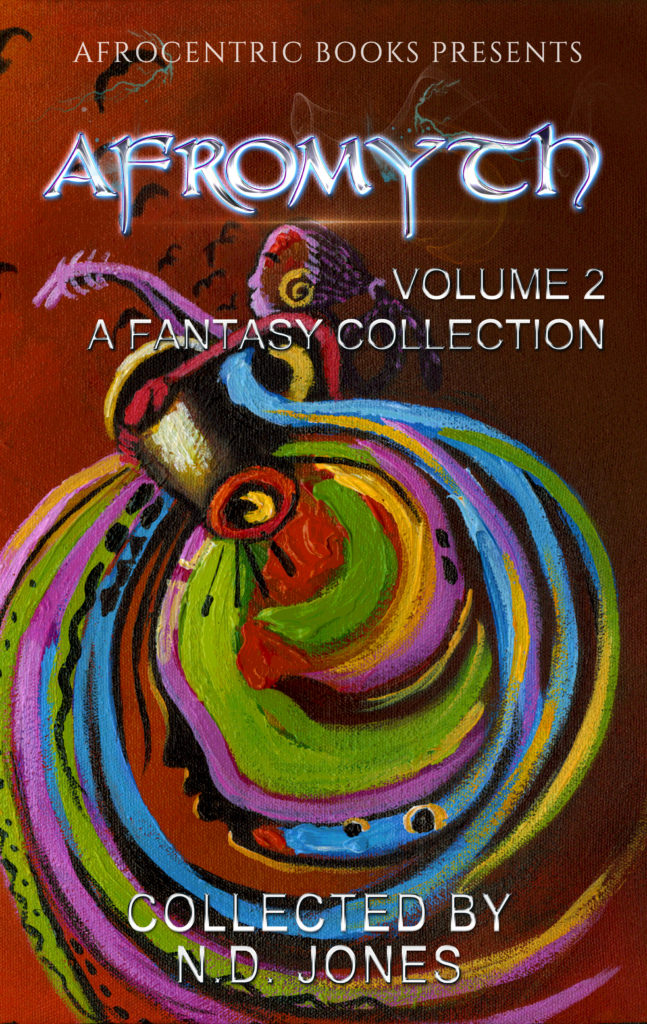 A Fantasy Collection with an Afrocentric twist.

Afrocentric Books presents the second installment in the Afromyth Fantasy Series. This anthology contains fourteen fantasy stories featuring characters of the African diaspora, stories that will take you from the American antebellum South, where an African god searches for his voice, to the far-flung future, where a caravan of ships makes harbor in a Saharan sea. Follow a young boy who, with the help of ancestral magic, learns what it truly means to be a warrior. Take a spirit journey as a young girl learns to be a goddess. Afromyth Volume 2 is an eclectic collection of tales whose fantasy themes run the gamut from romance to horror, including a story of a woman whose sanity is tested by her family’s demons. Within these pages, a healer unlocks an ancient power, a woman rides the gods, and a god rides a bike.

Explore new worlds through the eyes of characters of indigenous African descent.